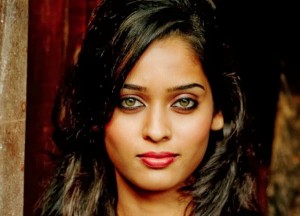 What Races Compose Humanity In the 33rd Century?

By the 33rd Century, we not only live in a global community but one that also spreads across the stars and galaxies. This has resulted in all the races of humankind becoming one unified ethnicity over the course of centuries.  A great many humans in our time have a shade of skin that lies between black and white with a hint of Asian eyes.  Although since immortality was achieved so many centuries ago we still have people representing the familiar races of Earth’s history. There are also still a few aboriginal cultures that continue to live as their ancient ancestors did. They simply refuse to embrace the future and only interbreed with themselves.  One is deeply xenophobic and will not allow outsiders near their village!

The Rise Of Humans Interbreeding With Aliens And Androids!

There’s also the ever-growing inter-breeding with extraterrestrial beings that has accelerated the natural evolution of psychokinetic powers in humans.  Some have even bred with sentient androids capable of complex emotions. This has granted us a new breed of Android-Human Hybrids courtesy of nanobots mingling with DNA.  Futurists have projected that the human species will become a true intergalactic race in the centuries to come. They will form a new species of supernatural biomechanical being ready to tackle the gargantuan task of exploring and taming the entire Universe and beyond!  Even before the mating of human and android, many people already had bionic implants, microchip brain interfaces, and nanobots flowing through their bloodstreams. The earliest Immortals are those with cellular regenerating nanobots. Later genetic engineering got the job done.

We also have knowledge of higher dimensional beings. Some who once inhabited our Universe as physical beings. Eventually they technologically advanced to the point of ascending to higher planes of existence as metaphysical energy beings. It’s possible that they could temporarily descend and mate with the future intergalactic race to more quickly facilitate our inevitable ascension to Godhood. This has always been the destiny of humankind and all sentient species in the Universe. To coalesce into one peaceful species that grow beyond the physical confines of our reality to infinity and beyond!