Is There Religion In The Future? 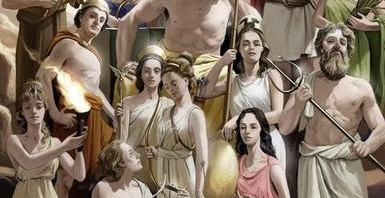 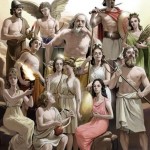 Not so much on Earth, and most of the advanced worlds within the United Galaxies Of Virgo.  However on primitive worlds religions still exist in widespread form to give people meaning to their lives, create a moral foundation to society, and quell the fears of death.  That being said however even within advanced societies, including Earth, there are still small religious factions, and they’re not based on blind non-scientific faith.  They are more or less cults who rally around higher dimensional beings who are acting as Gods.  By the 33rd century the existence of higher dimensional beings is know to the general public along with extraterrestrials of course who sometimes pose as Gods on primitive worlds.  These higher dimensional beings include those known to be Gods by the Greeks, Romans, Celtics, etc.  Thankfully most of us know that we’re destined to ascend to the higher dimensions of reality whether by death, or a grand societal ascension through technology.  So it seems silly to worship beings that were once probably biological beings themselves in their distant past.  To dwell on the past, and remain children of Gods is to stagnate our growth as a species looking to reach adulthood.

The major religions, and most of the rest, dyed off gradually once the veil of mystery was lifted by scientific, and historical facts made clear through time travel expeditions.  We knew that many of the major religions were man made although there was some truths in them.  In a number of cases they were based on ancient people dealing with supernatural beings, those with PSI powers, extraterrestrials, and higher dimensional beings.  We also managed to create a utopian society without a religious moral foundation.  We proved humanity can join together in the common cause of betterment, and growth as a species once the dark influence of plutocratic royal elites was removed.  Lastly, immortality, and the rarity of death further helped phase out religions.  We also know that the purpose of all sapient beings is to ascend to higher dimensional states either through death, or as a civilization through technology.

So the only small groups of religions that exist in the modern worlds are those where the God, or Goddess actually materializes in a physical form to be among their so called people.  These higher dimensional beings seem to have large egos, and even an essential need to be worshiped by humans.   Thus far these higher dimensional beings haven’t made any major plays to take over human or extraterrestrial societies against their will.  It’s suspected there are more powerful higher dimensionals, that could include us already ascended outside of time, preventing major interference to our own eventual ascension.  That’s not to say that such beings haven’t been a problem now, and again but for the most part our refusal to acknowledge them as something greater than ourselves seems to keep them at bay.