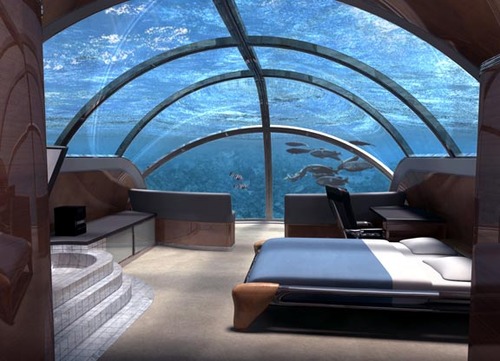 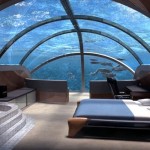 Most homes on 33rd century Earth are holographic in construction.   Through the use of light and energy fields we can project a house onto a piece of land.  Simple furniture and other items within the home are also usually holographic.  Only various pieces of technology and antiques are real.  Holographic projects are cloaked by an invisibility shield around the perimeter of a property where the building is projected into reality.

So what happens if the power goes out?  That’s nearly impossible due to several back-up power grids on the massive Earth wide free solar power grid that gives us free energy.  There’s also various matter/anti-matter collision pure energy power plants that supply power to various large consuming sources and act as back-ups as well.  The homes themselves also have a battery back-up that would keep the home in place should the power be cut by some fluke.

Solid hologram homes are nearly indestructible and able to withstand any weather condition, earthquake, various weapons fire, and even a lava flow.  Although the planet wide weather and geological control grid has retrained the rage of mother nature.  Another great thing about a holographic home is that you can change the design whenever you feel like it.  You can even project paradise like gardens upon your yard complete with ponds, waterfalls, or anything else you desire.  The entire home and holograms is maintained by an AI computer.

Land on Earth is a rare commodity and is only available to those who were born on Earth or have relatives here.  Volunteer service is required to earn such land.  Generally it’s never more than a 1/2 acre.  Although there is another 1/2 acre on the perimeter that can be touched and must be full of trees as the crowded squeezed in barren suburban neighborhoods of the future are a thing of the past.  Otherwise anyone can get free land on any other planet including the Earth like terraformed Mars.  In addition the amazingly difficult terraforming of Venus was originally projected to take 1000 years until new technologies allowed the tropical paradise to be completed in the early 28th century.  There’s also the various planets beyond our solar system.

Most homes are small in the 33rd century although holographic projection tricks can make it seem as if you’re living in a giant palace.  Since there is no longer a such a thing as wealth or poverty for that matter, nobody gets more land for being considered more important and there’s no way to buy bigger lands and therefore appear to have a huge house.  Although people with ancient land and homes might have more.  I myself live in a small home built into the rock of a small sea side cliff with a private white sandy beach perpendicular to it on the coast of Florida.  Since I’ve been around since the land allotment rules I have sizable piece of land.   I enjoy my small efficient home and have no plans to project a larger holographic one.  My home was build by personal nanobots in the 25th century which I programmed with my AI computer.

My home is constructed of a special steel alloy and atomic reinforced glass with crushed microscopic diamonds infused within them.   You can get to my home by boating or shuttle crafting to the beach.  Or shuttle crafting to the parking center and taking the walkway through the woods to my front entrance.  Computer kiosks along the way can provide directions through lit arrows in the walk ways.  You can of course always teleport right to my door as well.

My glass auto opening sliding front door was replaced some decades ago after an incident destroyed it.  I decided to replace it with a holographic door that simply disappears when I voice command it to open.  The greeting room is all glass including the ceiling.  It’s sort of like a sun room although there are displays stands with antiques, and treasured keepsakes upon them.  It’s custom in our time to display such things in the greeting room so people get a sense of who you are.  You then enter my living room which has couches, chairs, tables, and a holographic monitor at the center.  You can see the ocean out of the windows and many times the waves lap up on them.  to the right is the elevator and the main dining room.

The elevator is not enclosed and it mainly a platform with rails built in the wall that takes me down to the lower level rather quickly.  Down there is the homes AI control center, and other mechanisms.  My bedroom which has a holographic bed right against a window looking out under the sea.  The bed literally feels like you’re sleeping on a cloud that perfectly supports you.  There’s a bathroom, medical area, den, holographic room to run realistic simulations, a feeding station to lure my pet dolphins to the sea window, a storage room, and a shuttle craft bay that is actually an original cave.   There’s an opening above to fly out and an opening  into the sea to dive in since the shuttles of our time can go anywhere.  Also a long ramp that goes to a complete glass room deeper underwater.  This an observation room and a private dining room as well.

Naturally I spend a lot of time in the Admirals Quarters aboard my intergalactic exploration vessel that traverses the great expanses of the Virgo Supercluster on various missions for the United Galaxies Of Virgo.  Thanks to holograms I can alter my quarters to appear as my home on Earth along with simulating the entire beach and ocean.  In fact my office on the ships bridge appears to be a desk with computer module sitting in the middle of some natural setting such as a beach, forest, etc.  I hope you’ve enjoyed this glimpse into housing of the 33rd century.