Future Health Of Humans In The 33rd Century 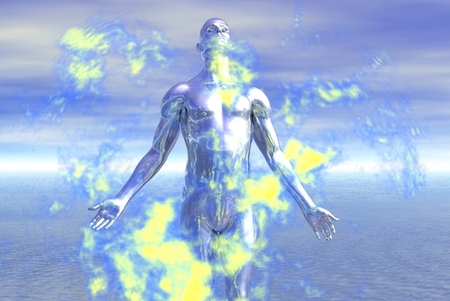 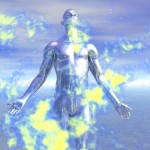 By the 33rd century humans are highly evolved beings through genetic engineering.  In breeding with sentient androids, and aliens has just begun in the last few centuries.  However most of us look the same as you do in the 21st except for the fact that we’re all in excellent physical shape with men displaying prominent muscles.  Women aren’t too muscular looking but their muscles have been made denser so they have the equal strength as men.  Both genders have an average height of 6′ 2″.  There are still the same eye colors along with a variety of others that don’t exist now.  Some even have eyes that glow in the dark caused by bio-luminescent components.  Hair color is pretty much the same, and nobody is bald.  Everyone only ages to thirty something since human achieved immortality in the early 22nd century thanks to cellular repairing nanobots.  Now our DNA keeps regenerating our cells but not in a cancerous way.  Some still have nanobots in their blood streams since they’re passed on during conception.  This is how androids, and humans can have kids together as well.  So some people are bio-mechanical hybrids while others have bionic parts.  However the great advances in genetic engineering have given us all super strength, speed, agility, and intelligence (Average IQ is 138) along with enhanced senses like that of a supernatural being.  In addition many have devices in their brain that actually back the brain up to a hard drive of sorts.  If the body is some how destroyed then a new body can be grown from stored genetic matter, and the brain’s contents downloaded from the back-up.  So in way we’re indestructible as well.

Health care is minimal in the 33rd century since our bodies are hard to injure, and heal rapidly.  In addition we virtually never get sick since our bodies produce all the vitamins, minerals, and other nutrients our bodies need from the perfect bio-manufactured food we eat.  Food that can be eaten as one to three pellets a day or transformed into whole meals to enjoy.  You could eat nothing but ice cream forever, or at least something that looks, and tastes like it, and never get sick.  Also our amazing immune system attacks everything like a mad dog.  Some even have that, and the nanobots they choose not to remove from their body as well.  You could inject Ebola, or any other deadly disease into us, and we might feel somewhat sick for a few minutes before fully recovering.  Even deadly chemical agents injected or breathed in would be neutralized very quickly.  Most homes have a computerized medical station complete with a non-sentient medical android to aid in any issues.  There are very few people who are actually doctors anymore since there’s not usually much for them to do.  However there are still surgeons for serious injuries, and those studying further advances in genetic engineering.  Perfect utopian health, freedom, peace, and happiness are the norm in the 33rd century!