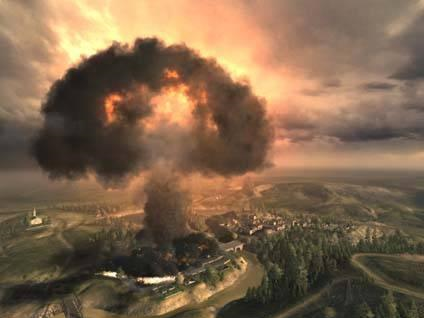 Here in the 33rd century we know that the 21st century saw the last world war on Earth.  It’s now known as the war for global independence.  The war of humankind vs the globalist plutocratic elites, and their imperial corporatist minions.  It was gradually revealed to the masses on Earth that for centuries the major governments were controlled by the plutocratic elites (royalty & billionaires) who owned the major corporations, the global banks, major media outlets, major non-profit foundations, and educational institutions which in turn created artificial corrupt governments cloaked in democracy, cultures (via social engineers), a false  global economy, an education system that dumbed down populaces along with soft killing them through various chemical, and GMO contamination of the air, water, and food supplies.  This plutocratic elite controlled most nations via their central banks along with other various organizations, and corporations that had their tentacles deep within most government of the planet.  Although their hold on the powerful United States Empire was their greatest asset as it allowed for military might where needed to enforce their corrupt criminal syndicate.  It wasn’t enough that they secretly enslaved the planet through income taxes that they collected through interest on loans to the governments through their central banks but they also sought to create an open one world government called the New World Order which was already a secret shadow government that ruled the planet.  A government that had created a virtual matrix blinding a great deal of the populace to the horrific truth of their life.

These sinister sub-human plutocrat criminals are now considered a sub-human species in the 33rd century due to their need to inbred like hillbillies in order to maintain what they thought was a superior bloodline which in fact created many genetic defects, and mental illnesses.  This mental illness along with being raised in the ways of demonic worshiping evil, and delusions of God like grandeur made them work with a vengeance to geo-engineer the planet in their disgusting image while working to control, and hope to kill off a great deal of the Earth’s populace.  Most royalty as well as  the wealthiest top .0001 people on Earth sought to exterminate most of the human race keeping a small number as slaves while their supposedly superior bloodlines re-populated the Earth.  Many of their minions down the chain of command weren’t fully aware of this diabolical plan as they unwitting committing acts of treason against their various nations, and sold their souls, family, and friends down the road to eternal tyranny on Earth thanks to advanced police state technologies.   While bankrupting governments and imposing police states all around the globe they were also simultaneously poisoning the food supply with various government approved chemical agents since they controlled the major food companies.  Poisoning the water supply with fluoride and other hazardous toxins touted as healthy.  Supplying people with toxic vaccines and medications in the misguided world of allopathic health care which should have only been reserved for extremely serious diseases, and injuries.  Also poisoning people and the environment with what was known as Chem Trails.  Airplanes spraying various toxic substances in the air not only to destroy the health of the people but also in a God like  attempt to geo-engineer the planet which was done in conjunction with the introduction of genetically modified animals, and plants released into the wilds.  All of this was so beyond belief that it took a long time for enough people to believe it.  Most would laugh at those who would proclaim this horrific world as the truth.  Many were branded as insane, and even terrorists which was a method of silencing such people.  Gradually a number of these messengers were killed by the government through various means to appear as accidents, or health related deaths.  This included a variety of whistle blowers who sought to warn the citizens that their governments were plotting against them even as they thought all was well due to voting to elect their governing officials.  Unfortunately many did not understand that the corrupt political party systems choose the candidates they voted for, and electronic voting fraud insured key victories.  All along it was the plutocrats choosing their puppets to rule for them by proxy.

The world came to realize that the plutocrats had trillions of hidden dollars from all the taxes they collected, money they printed out of thin air while charging interest on it to the governments, and gold reserves they stole from the various governments along with stock market manipulations.  Their hold on  the governments was done through bribes, brainwashing, threats, blackmail and capitalizing on politicians greedy power hungry natures.  Many low level minions were compartmentalized from the complete truth, and morally corrupt criminal types were hired to install the police states around the world.  The plutocrats really believed they were superior to all despite being inferior inbred criminals who had a disdain for all that was good on Earth.  While secretly plotting against humankind they always put forth a facade of goodness.  This was especially true of the royalty.  British in particular which was at the top of the New World Order command structure.  These wealthy elites always had their photo ops, and niceties with the general populace while highlighting their supposedly loving non-profit organizations which were secretly setting forth their despicable agenda to destroy humankind.  Their God complex is the reason they felt the planet was theirs to do with as they please.  The explosion of information on the internet along with their blatant desperate grabs for power in the early 21st century exposed them and finally did them in.  Had they been more patient they might have succeeded in making the Earth a dark planet of tyrannical nightmares for all eternity.  Certainly these people held back humankind with their suffocating regimes, superstitious religious institutions, and social engineering.  It’s been said that we would have been the equivalent of the 20th century in the time of Jesus Christ if not for these pathetic plutocrats.  Yes these are basically the same people who have ruled over humankind since the beginning of our history.   If the New World Order had won we wouldn’t be traveling the galaxies, and exploring time while enjoying out utopian paradise Earth here in the 33rd century.  In fact we would not have been advanced enough to fend off various Extraterrestrial invasions, and humanity would have been enslaved and/or eradicated.  Ironically most of the Earth’s populace would have been the royal plutocratic elites bloodlines at the time.  They would have met the same fate they had in store for the majority of the Earth’s populace.  Thankfully the short sighted inbred Beverly Hillbillies failed in their insane plans!

Details of this great war will be given in later entries but basically the last bastion of freedom, The United States Of America, was re-taken by the citizens.  Once they restored their government to abide by the Constitution they utilized the great empire built to conquer the world to instead help citizens in other nations take back their countries as well.  Especially once the US mainstream media finally was forced to report the real news.  As these nations fought against the plutocratic controlled nations, the plutocrats properties, mansions, palaces, hidden treasures, banks, and all assets were seized or destroyed.  Those nations were defeated and the plutocrats were either captured or committed suicide fearing life in prison, death penalties, and definitely a life of poverty as the entire planets wrath was against them.  Never before in history have billions of people around the world worked together to fight for a worthy cause together.

Once the World War ended the entire economy of the Earth was reset and all debt was wiped out.  A new legitimate free market economy formed and was regulated by a new global confederation controlled by the citizens of Earth.  A government with multiple safeguards to prevent tyranny which included paper ballot voting only, no career politicians, terms limits that averaged a year or less, mandatory primary education classes about how to keep government under control, and specific ironclad Constitutions.    The plutocrats still alive were placed on trial for crimes against humanity which were televised around the world carrying the highest television ratings in human history.  A good number were executed for their evil heinous crimes while the rest were sentenced to life in prison which included mandatory hard labor viewed on 24 hour webcams for all to watch with glee.  Ironically the remaining plutocrats became the slaves serving society.  Their assets were distributed throughout the world as most of them came from stealing tax dollars through their central banking schemes.  A new era of peace, prosperity, and enlightenment began which exponentially catapulted our society into a fantastic science fiction future thanks to no corrupt suppression of beneficial technologies, and the ultimate freedom to start a business free of a plethora of ridiculous government regulations.  No more plutocrats protecting their profits, and preventing humankind from strengthening itself.  So within a few centuries free energy(amazing hydrogen from water & super solar), mass replication technology, and other stupendous technologies ended money and the economy as we know it.  Ending poverty and crime as well.  See my other posts on this blog for more details of the wondrous future that lies ahead.

All students in school learn that the foundation of our Utopian society was the Global War For Independence and the eradication of the ultra wealthy mentally ill inbred elite plutocrats who conspired to destroy humankind.  From that bloody war, which unfortunately resulted in nuclear, chemical, and biological attacks against innocents, came the drafting of the Earth Citizens Declaration Of Independence which then led to the United Earth Confederation.  Ironically one of the current adversaries of United Galaxies Of Virgo is an openly plutocratic corporatist society known as the Cyborg Conglomerate.  This is a society where the plutocrats won in their ancient history but instead of trying to exterminate everyone they enslaved them with technology turning them into unwilling cyborg drones.   Now they’re all half biological and half-cyborg with a single minded need to maximize profits for the corporate state and ultimately the plutocratic shareholders.  They had at one point tried to go with android minions but they gained sentience, and almost destroyed the plutocrats.  We often fight to stop their conquering of other galaxies to add to their corporate conglomerate.  So you see the fight against evil, greed, and tyranny never ends but our shining pearl of the Milky Way, Earth, is deeply insulated from the extra-galactic terrors!  All those who read this will send forth positive thoughts which will in turn help guide humanity five dimensionally into the Universe we know, and love in the 31st century.  This blog is an added precaution against time travelers who seek to see the rise of the plutocrats on Earth in the future.