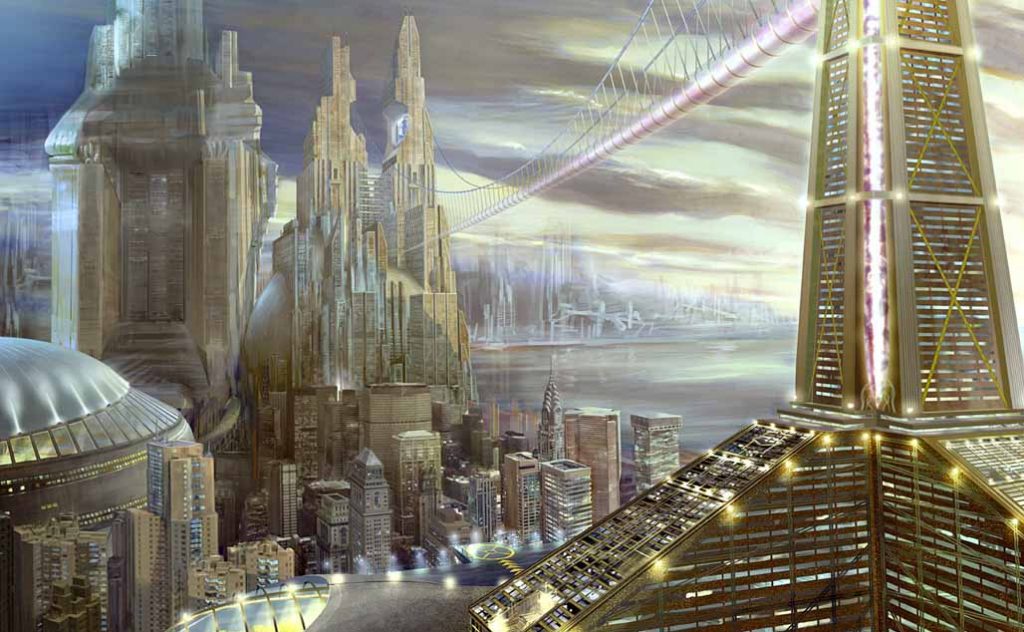 Through the modern dark ages that saw the resurgence of global tyranny in the 21st century, courtesy of corporate plutocratic corruption, humanity made it to the promised land of a future utopian society.  The 33rd century is truly a free democratic society without crime, corruption, tyranny, and an unfair class system as created by the existence of an economy.  Humans, extraterrestrials, androids, and hybrids within our intergalactic society (The United Galaxies Of Virgo), with Earth as the Capital, agreed to share raw materials mined, and constructed by various replicating technologies such as Nanobots.  Nanobots everyone possesses including those dwelling within their bodies to create eternal youth, and a disease free immortal existence.  Energy is free courtesy of various renewable sources such as solar, and even accessing the pure energy string foundation of our very reality.  People no longer have to mindlessly toil in order to survive.  They can follow their creative dreams including exploring the galaxies of our Virgo Supercluster.  Humanity & ET’s have now evolved to the point of developing psychokinetic abilities.  An evolution in the Universe that is theorized to conclude with out collective ascension to the higher dimensions of reality as Gods.  For the ultimate purpose of creation is to in fact create Gods who are constantly growing, and ascending to ever higher planes of existence in the awesome infinity of the greater Multiverse, Omniverse, and beyond!