The True History Of The World Is Known In The Future 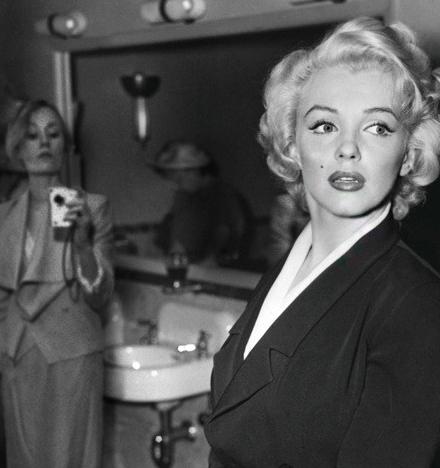 Secrets, Artifacts, Animals & People Brought Back To The Future 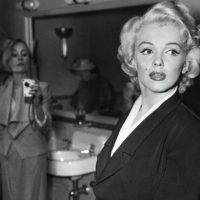 Marilyn Monroe being recorded by A Temporal Agent from the 33rd century before being asked if she would want to live forever in said future.

Unlike the past we know the true history of the Earth in the 33rd century courtesy of time travel technologies.  Galaxy Fleet has a temporal truth division, within the Chrononaut Core, where historians, sociologists, anthropologists,  and various scientists get the unique experience to travel through time in order to look past the historical texts, and learn the real truth of what happened in the past.  The secrets of the past are exposed to the harsh light of day for all to know! Even to the extent of knowing what people were thinking, and feeling at any given time through direct interactions, and various technologies. Thankfully all time travel, including everyone’s natural daily journey into the future, causes slight shifts into near identical parallel Universes so no time paradoxes occur by our time travelers presence.  In many cases cloaked observatories are used to prevent any societal contamination.  In addition cloaked satellites around Earth in various time periods allow further observation in our present via worm hole communication tunnels, and Faster Than Light signals.

Temporal Spies & Extinct Species Revived
Our Temporal Agents have infiltrated many major governments, and institutions of the past along with exploring prehistory as well.  A plethora of historical artifacts have either been replicated, or directly taken to the future if they were about to be lost or destroyed from history.  Paleobiologist’s have also brought extinct animal, and plant species from the past to re-inhabit the Earth in the future.  We no longer have zoos as it is cruel to keep wild animals caged up.  Earth wide park rangers insure that the former extinct species survive at all costs! Animals roam free, and intricate geo-location systems allow people to transport to any location on Earth quickly to view the animal of their choice in their natural habitat.  Everyone has personal energy shields, and animal communication devices to prevent wild animal attacks. There’s also been ever increasing amounts of people developing various psychokinetic powers as the human species evolves.  Powers to defend against any attacks, and those able to speak to the animals which aided us in creating the fauna communication devices.

There were exceptions to complete animal freedom however.  Case in point the grand 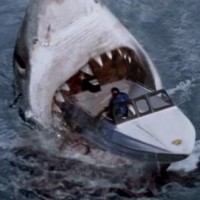 project to bring back dinosaurs to the Earth!  We had islands with energy shield domes to confine these great beasts which is a somewhat similair situation seen in the movies of your time known as Jurassic Park & Jurassic World.  Unfortunately some bad scenarios, including escapes, occurred just as they did in these films.  Employment of deep undersea domes failed to completely prevent the escape of these powerful intelligent giants. Don’t get me started on The Great Megalodon Massacre Of 2972! The most titanic shark in history went on a murderous rampage of terror that lasted several hours before he was disintegrated with an energy beam. Hundreds of lives were lost, and could not be saved due to laws preventing any change to the past.  Time travel technology is meant to be an observation tool rather than causing all manner of historical messes.  Thankfully a few centuries later we finally isolated the human consciousness which is actually in our unseen astral energy bodies with our physical brain merely being a translation tool.  Time travelers captured these astral energies, and brought them to the future to be inserted into cloned bodies causing there to technically be no causalities from the Megalodon Massacre! Eventually all our prehistoric guests were moved to a terraformed planet in another star system named Pangea.  This made more sense especially when dealing with flying creatures such as giant dragonflies, and Pterosaurs.   Now the long extinct dinosaurs roam free on a planet again!

Resurrection Of Historical Figures In The Future!
In case you’re wondering we brought back various proto-humans as well.  From the ape like species to the Neanderthal.  A sample of their DNA was taken, and then we captured their astral energy to place in a cloned body leaving their original body in place.  In early time travel cases these cave men were taken directly after a death we could heal, and later the cloned body was left behind instead of their original.  Many thought they were in some type of Heaven since the Earth is a virtual paradise in the later half of the Millennium.  Some of the intelligent species like the Neanderthal eventually adapted to our future society, and function seamlessly with everyone else.  The rest however live in the wilds with the animals as it is their wish to do so.  This brings us to the inevitable rescuing of historical figures of interest whether they be world leaders, celebrities, scientists, authors, etc.  We actually give them a hypothetical question beforehand such as,”If a time traveler came from a bright future would you want to return to them at the point of your death, or allow your natural death to take place?”  If they say yes then we proceed with the capturing of their astral energy at the point of death so it may be placed in their cloned immortal forever young body. Incidentally astral capture devices are worn by everyone in the 33rd century as a back-up if they should die.  The device can then download their consciousness into a new cloned body.

We used to travel to the future but since it isn’t set in stone it might not be our true future.  In addition our own future civilization outlawed time travel to the future except in emergency circumstance as it was deemed problematic, and hindered natural societal, and technological development.  In other words looking into the future is cheating, and jumping ahead before our time can be destructive!  Temporal enforcement officers exist in all time periods defending their histories against illegal time travelers.  Despite this we generally know that humankind’s destiny is to create a new race intermixed with extraterrestrials, and androids as well.  For us to ascend technologically to the higher dimensions of reality as one species, and become Gods.  Some of us theorize that our current transferring of astral energies from the past may point to us actually creating the higher dimensional afterlife known as Heaven.  A place where we would already exist since it’s outside our space-time. Could it be that advanced species save everyone’s life by creating an afterlife where everyone’s astral energy body, or soul, is captured?  Would it otherwise dissipate, or be lost in the chaos of the unseen sub-atomic world without a physical form to tie it down?  Perhaps it is the destiny of all sapient species to become Gods, and save themselves from death!