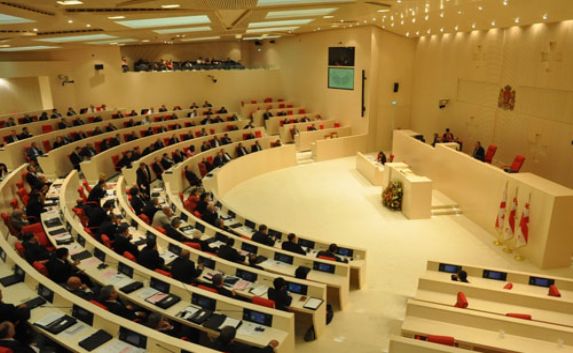 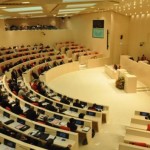 The United Galaxies Of Virgo is basically a Municipalist Constitutional Republic, aka a form of representative democracy, although one of the governmental branches is a direct democracy counting votes over the galactic internet. The municipalist portion meaning that the local governments have the power but ultimately the real power lies in the hands of the sovereign citizen.  Citizens are only beholden to the laws in the various Constitutions at each level of sovereign government.  Each level of government is a sovereign state only beholden to the Constitution in the level above it.  Each citizen is considered sovereign in the same way and held with the same respect.  The land they own is also considered a sovereign state as well.

The horizontal system of checks and balances are the 5 branches of government that exist at each level of government.  They are:

No level of government puts power in the hands of one or a small group of people.  There are only figurehead spokespersons.  For instance, the President Of The United Galaxies Of Virgo has no power what so ever.  He or she merely makes speeches and acts as an Ambassador to other galactic nations.  Additional clarifications and explanations of the various governmental levels will be explained here in the future.  One additional note:  Although Galaxy Fleet encompasses a wide variety of areas that touch everyone that does not mean they’re all dealing with the highest level of central government.  For everyone’s protection against tyranny Galaxy Fleet functions are controlled at the lowest levels of government except in times of war against the United Galaxies Of Virgo.  War is plausible as there are other “nations” that exist within the Virgo Supercluster.  The United Galaxies Of Virgo merely lies in one quadrant of the Virgo Supercluster.  Some of these nations are friendly but others are not.

Most are members of the Virgo Peace Counsel which is hosted by the neutral nation of Galacia, a small territory of only 5 galaxies.  The Virgo Peace Counsel is somewhat like the United Nations but with no real power.  It’s merely a place nations meet quarterly to discuss common issues and disputes between nations in the hopes of coming to a peaceful resolution.  A race of corporatist cyborgs, ruled by a plutocratic system, known as the Cyborg Conglomerate has always refused to take part until recently as an extra-supercluster threat looms on the horizon.   A more powerful species of vicious cyborg thought to be a mix of man, animal, plant, and machine has recently been making incursion’s on the outer fringes of the Virgo Supercluster.  They are thought to be from the Hydra-Centaurus Supercluster.  Reports describe their ships as being a black sphere as big as a star.  Some theorize it may be a traveling Dyson’s Sphere which would be an amazing feat to not only encapsulate a star but have the ability to move it over great expanses of space.  Whatever their intentions we stand ready to defend our liberty and right to freedom as sentient beings in this Universe.